DBE are an Electrical and DIY wholesaler, also with a retail operation, and had been using Global 2000/Castle Trader for many years. As well as the accounts and sales order processing software they also used the Point of Sale/Trade Counter functions in Castle Trader, with terminals dedicated to this operation.

They wished to move forward and bring their systems up to date to gain the benefits from a modern system, but were not comfortable in doing so with their existing suppliers.

The team at Midrange Systems supplied and installed OneOffice 3000 on a new Microsoft Windows network. Once the decision to move had been made DBE wanted the new system installed very rapidly, and both parties worked hard to bring the new system into use (all data being converted automatically) in little over a month.

This PLC was using Global 2000/Castle Trader to handle a very high volume of sales invoices from many branches. They also had modified software to handle their storage rental invoicing.

The system was running on a Unix/DOS network and there was concern over its on-going support. The support from their existing supplier was becoming questionable, so there was a desire to move to a modern system on a reliable modern platform.

We investigated their requirements, and were able to offer a modified version of an existing package to handle the rental invoicing. This was installed, integrated with standard OneOffice 3000 software, on an upgraded Microsoft Windows network, with the data in a Microsoft SQL Server database providing easy access to the data from Microsoft Excel and other tools.

They had been considering moving to OneOffice 3000 for some years, but the prospect was daunting considering the extent to which the existing system was used throughout the business, however there were a number of issues where they were being held back by the old software, such as integration with their website, and when they saw the latest version of OneOffice 3000 the decision was made to move.

They looked in considerable detail at OneOffice 3000, and were satisfied not only that it would meet all of their requirements, but also that the transition to the new system, properly planned, would not be a major disruption, as many of the processes were immediately familiar to them as Global 2000/Castle Trader users. 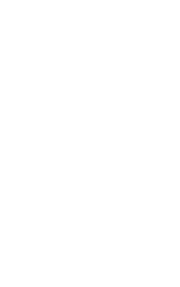